Travel the Pilgrim Way with Us During Lent – UPDATED 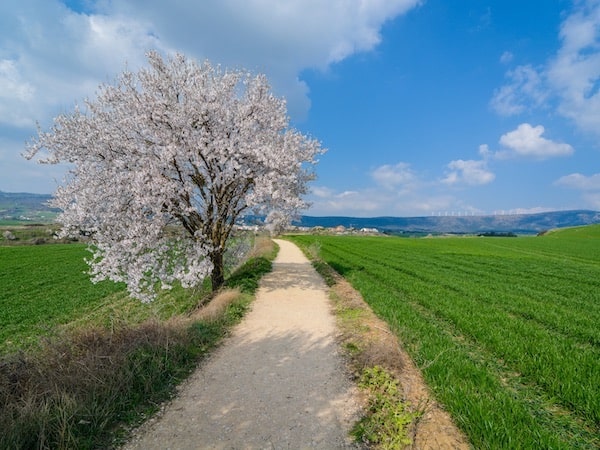 What is a pilgrim? Irish poet David Whyte, in his book Consolations, describes a pilgrim as:

Lent begins this week with Ash Wednesday (see the services schedule under Events). And the next Wednesday we will embark on a holy journey accompanied by our Lenten Speaker Series 2020 titled, On the Pilgrim Way.

Last summer, Rev. Amber extended a call to pilgrimage for our parish throughout the year. Since then we have stepped out of our doors on four local pilgrimages and in April we will send a pilgrim team to the Great Cathedrals of England.

During our Holy Lent, we will seek to enrich and challenge our call to contemplation and action as we gather to hear from five vibrant followers of Christ—a contemplative lay leader, two college professors, our own Bishop, and a Catholic monk. (See the full schedule of speakers and read their bios below.) Everyone is invited on this journey!

The All Saints’ Lenten Speaker Series runs Wednesdays, March 4 to April 1, 6:00 – 8:00 p.m., in Seccombe Hall (on the lower level of our church campus; entrance on Lincoln near  9th). A $5.00/person donation is suggested. No sign-ups or RSVPs are necessary.

In response to COVID-19 precautions, we will no longer serve a Soup Supper. If you would like to, please bring a personal sack supper (bagged meal). Questions? Please call the Parish Office at (831) 624-3883.

March 4 ~ Mary Wyman, a former coordinator with Contemplative Outreach and a 20-year practitioner of Centering Prayer, will share highlights from her experience and book titled, Grandma’s on the Camino: Reflections on a 48-Day Pilgrimage Walk to Santiago. Mary grew up in the midwest, then lived in New York City in the 70s and later moved to San Francisco where she and her husband raised their children; she has taught high school and worked in the U.S. Department of Labor.

March 11 ~ Fr. Cyprian Consiglio, Pryor of the New Camaldoli Hermitage in Big Sur, will share nomadic wisdom from Hermit Preacher Wanderer — a travel journal containing musical, cultural and religious dialogues. Fr. Cyprian grew up  in Illinois and worked during his 20s as a professional musician (guitar and vocals), arranger and producer. He earned his master’s degree in theology from St. John’s Seminary and was ordained in 1998. He has a great love of comparative religion.

March 18 ~ Bill Whobrey, PhD, will address The Golden Age of Pilgrimage: Medieval Journeys of Faith, exploring why pilgrimage was so important in the Middle Ages as a form of cultural and spiritual renewal, and highlighting some of the more important pilgrimage destinations, particularly in southern England. Bill taught literature for 20 years at Yale University and offers summer lectures on Viking Cruises. His PhD was earned in German Studies at Stanford.

March 25 ~ Bishop Lucinda Ashby, will bring rich insights from her own Santiago journey in The Way Back: Life after the Camino. As our newly consecrated fourth Bishop of the Diocese of El Camino Real, Lucinda has called our entire Diocese to a year of pilgrimage. She was ordained in 2004 in the Diocese of Northern California, where she served as assistant rector at St. Martin’s in Davis and then rector at St. Matthew’s in Sacramento. Most recently she served as canon to the ordinary in the Diocese of Idaho. Bishop Lucinda also has a broad background in teaching and founded a school for Native Americans in Capay Valley, California. She grew up in Peru and is fluent in Spanish.

April 1 ~  Elizabeth Mullins, PhD, will lead our discussion titled, Foolish Pilgrims, after a showing of the PBS American Series documentary,  The Pilgrims, by Ric Burns. Dr. Mullins teaches history, GENTRAIN (an interdisciplinary course in culture and civilization), and gender and women’s studies at Monterey Peninsula College. Her studies were in U.S. and World History from UC Santa Cruz, with special interest in the history of U.S. religious communities.